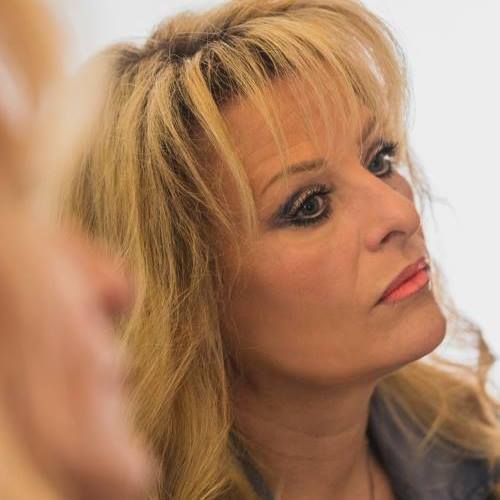 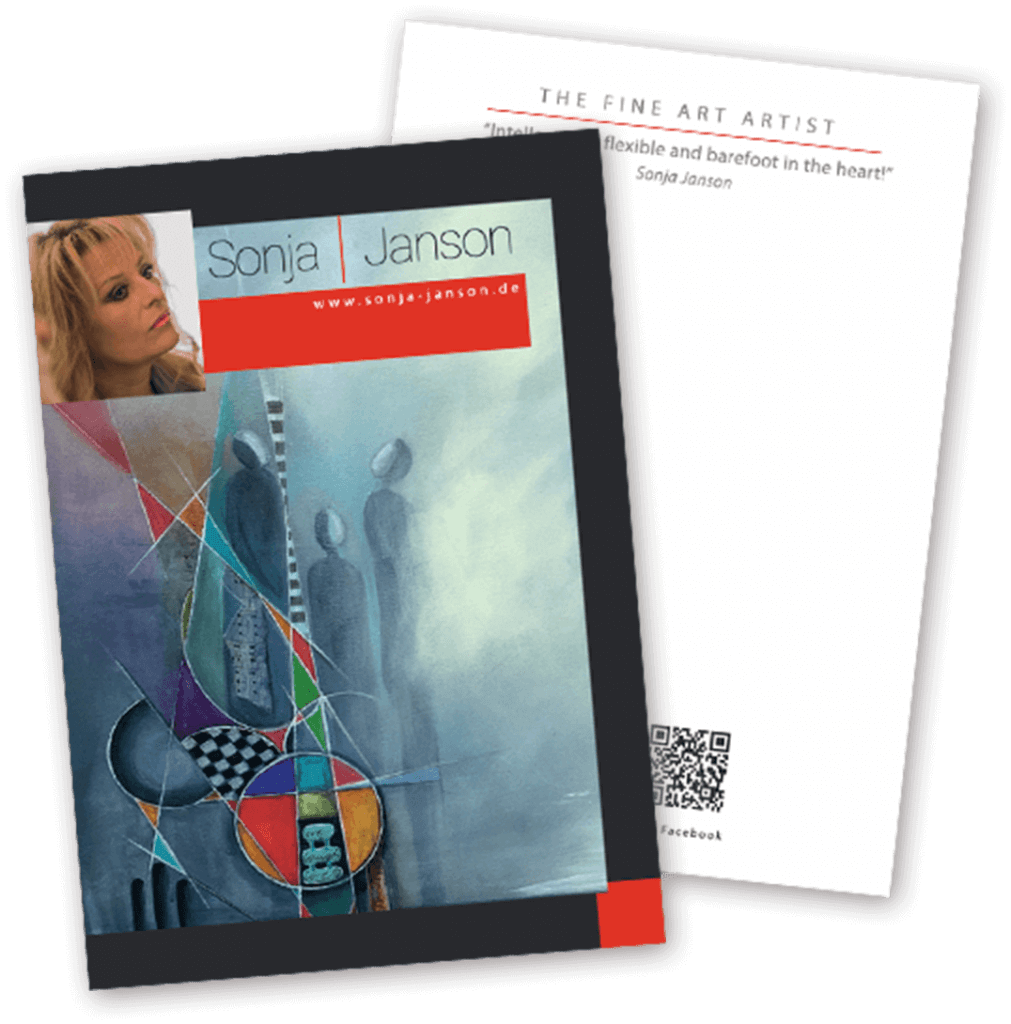 On request, you may receive a signed autograph card. Just get in contact with me.

Why is an octopus called an octopus? Correct, because you can paint with its weapons. Sounds crazy? No, it sounds like Sonja Janson. „Intellectually flexible and barefoot in the heart,“ she says about herself.

In her artworks and as an artist, she processes everything that arouses her curiosity – in a variety of ways. She found the techniques for this during her travel around the world, tested them in her own way, and learned from many well-known artists. By means of her curiosity and the joy of designing, she still discovers new forms of expression even today as a successful artist. Sonja Janson does not allow herself to be pigeonholed.
As a native Croatian, she never discovered her creative streak as such. It was simply there. Every stone on her way to school has become a playmate, and as an artist she has retained this childlike view of the world. She wanders „through the world with an open heart“, records everything, and brings it back to her artwork, in her own way, from her own point of view.

Everything that happens and exists in her world has a meaning. Sonja Janson looks behind and through things – that is what makes the magical appear in her paintings. She paints to awaken something in the observer. She produces thoughts and feelings into a visible form – real and honest.

Because Janson‘s feelings want to get out. Into the picture, into the sculpture. And that becomes colourful and different – hidden in the depths of the pictures. Her art is created not only with a brush, but with everything that gets into the artist‘s hands. It can be an airbrush as well as a chainsaw. Who claims that artwork is created on canvas only?

Sonja Janson has been presenting her paintings and sculptures at many exhibitions for more than 20 years. The versatile artist likes to pass on her craftsmanship in painting courses too: you can learn art techniques with her. Growing since 1997, she has been advising and accompanying clients with her own marketing agency.

Janson will study art all her life. Da Vinci is her role model. Not in his painting style, but in his curiosity and diversity. He gave a trial to everything; Janson wants that too. The style changes from series to series. Her works are striking. Meaningful. Extraordinary. Sonja Janson does not allow herself to be predetermined – you cannot classify herself. Her artwork touches the soul – especially when you are „barefoot in the heart“. 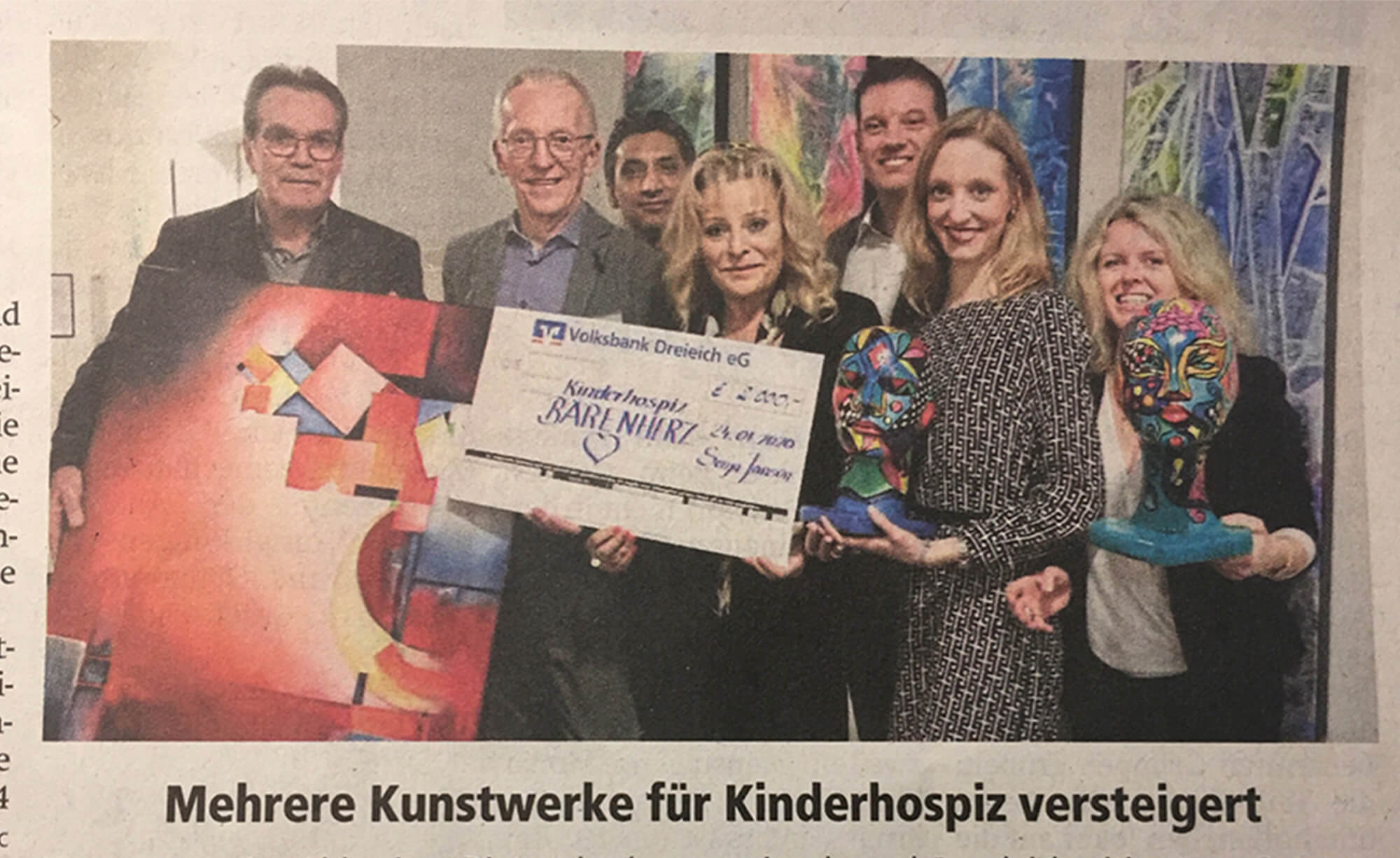 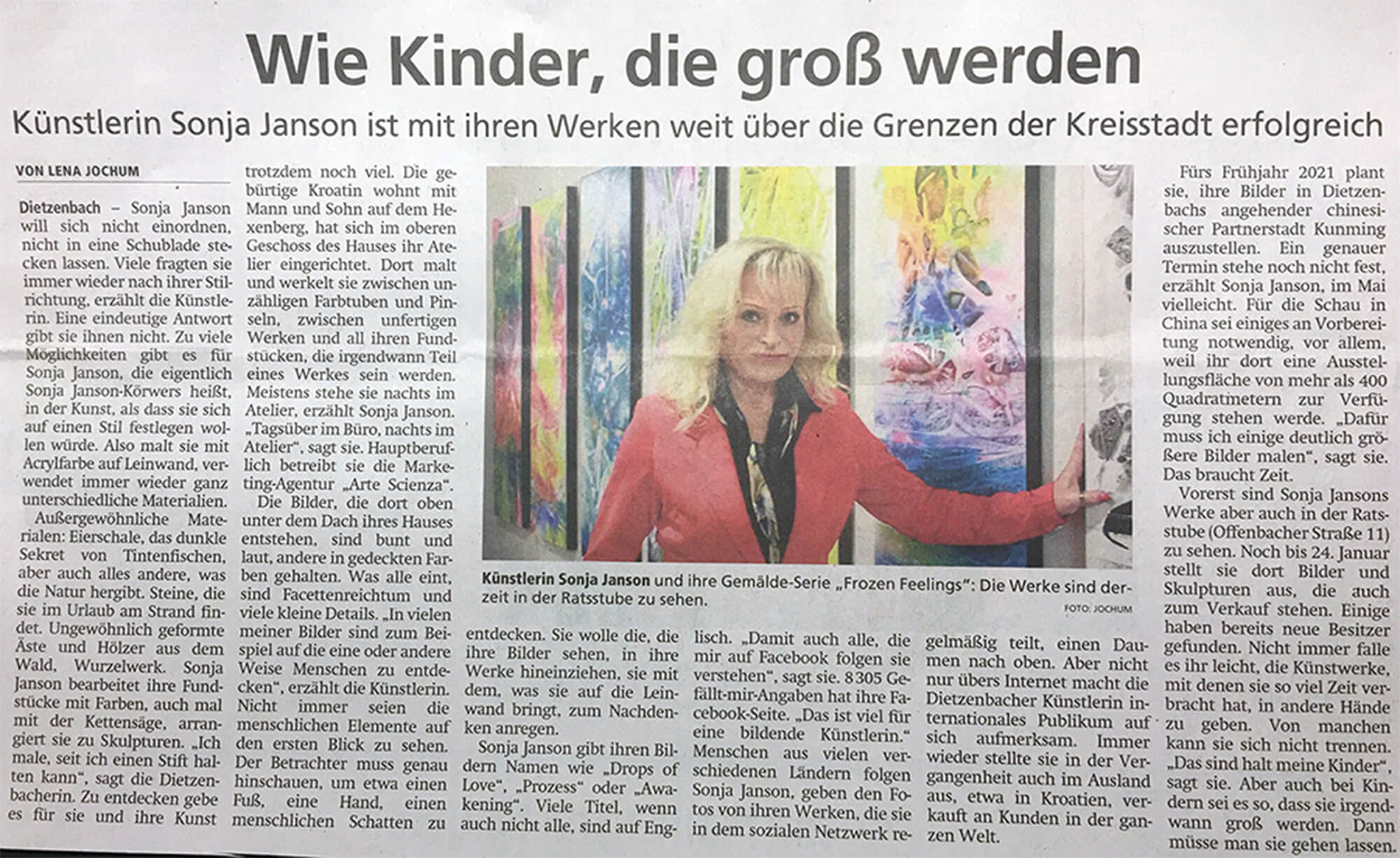 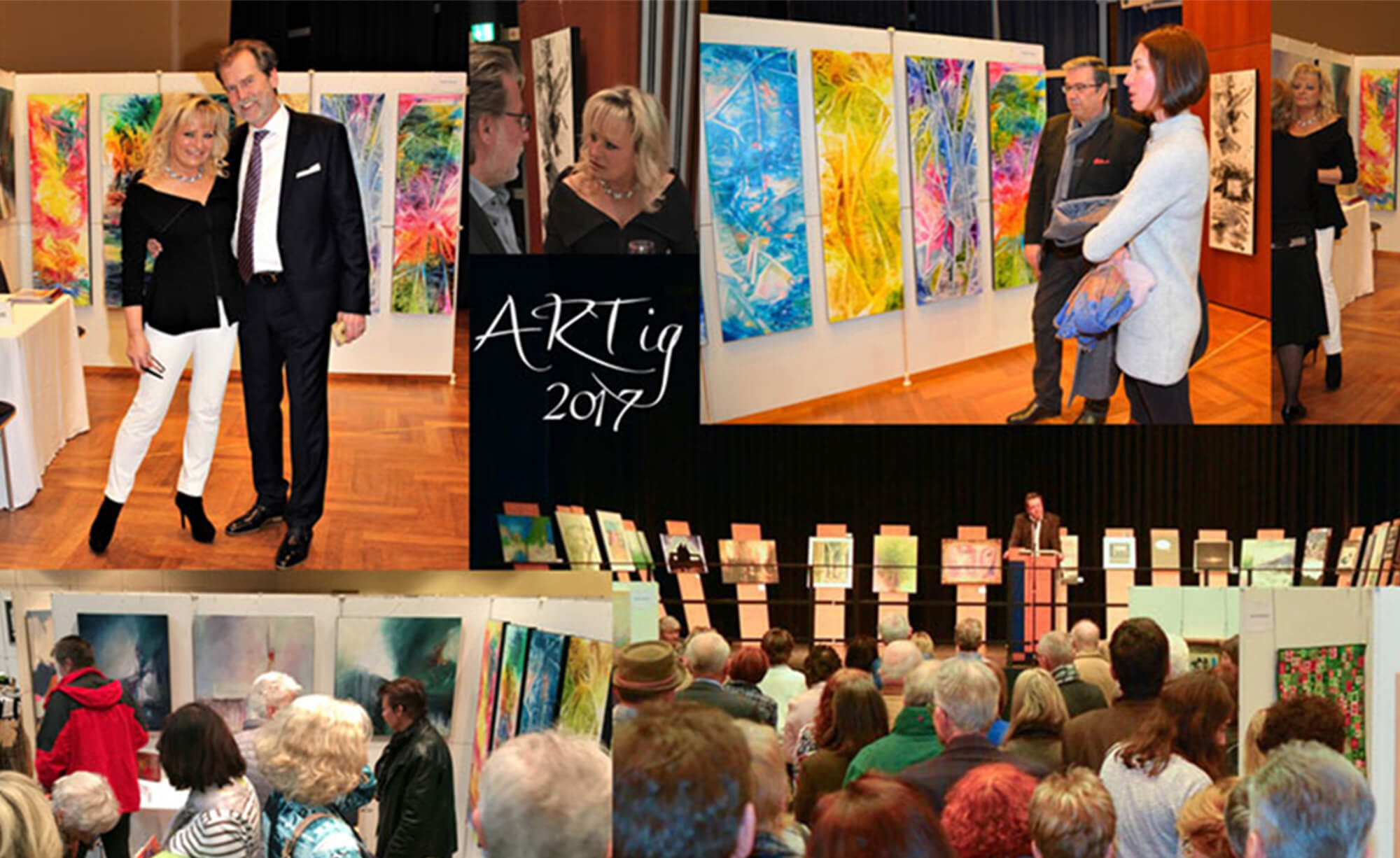 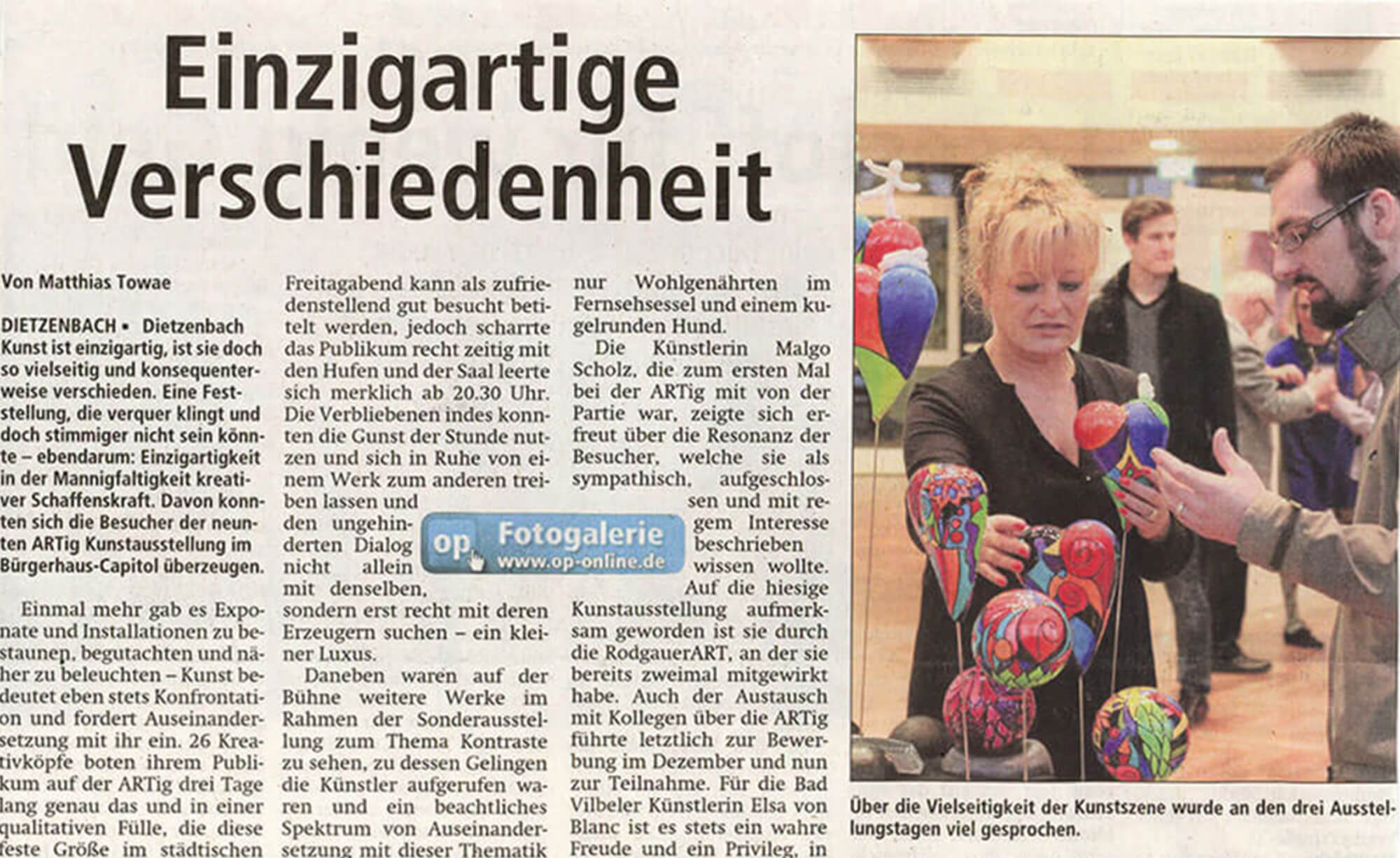 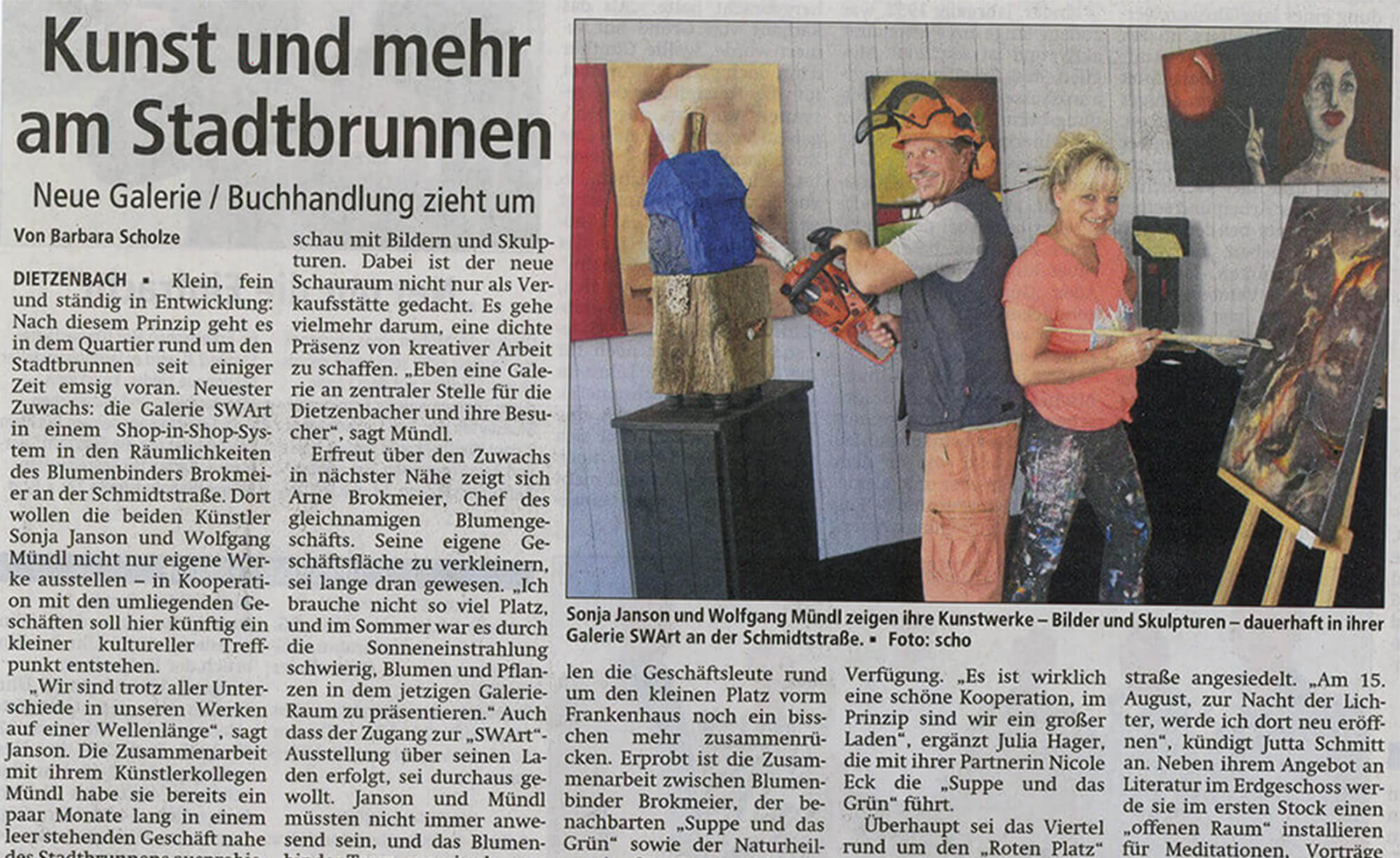 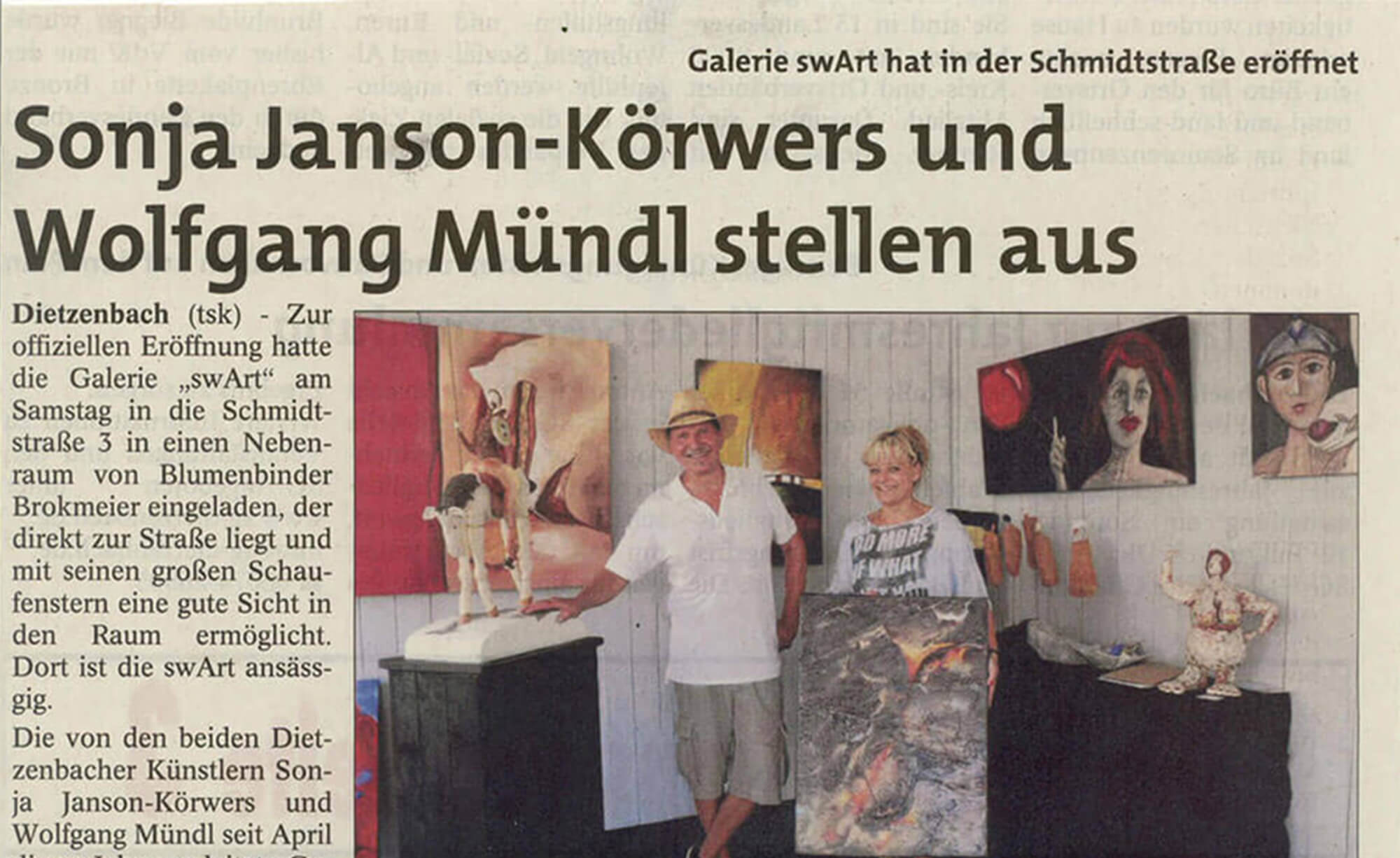 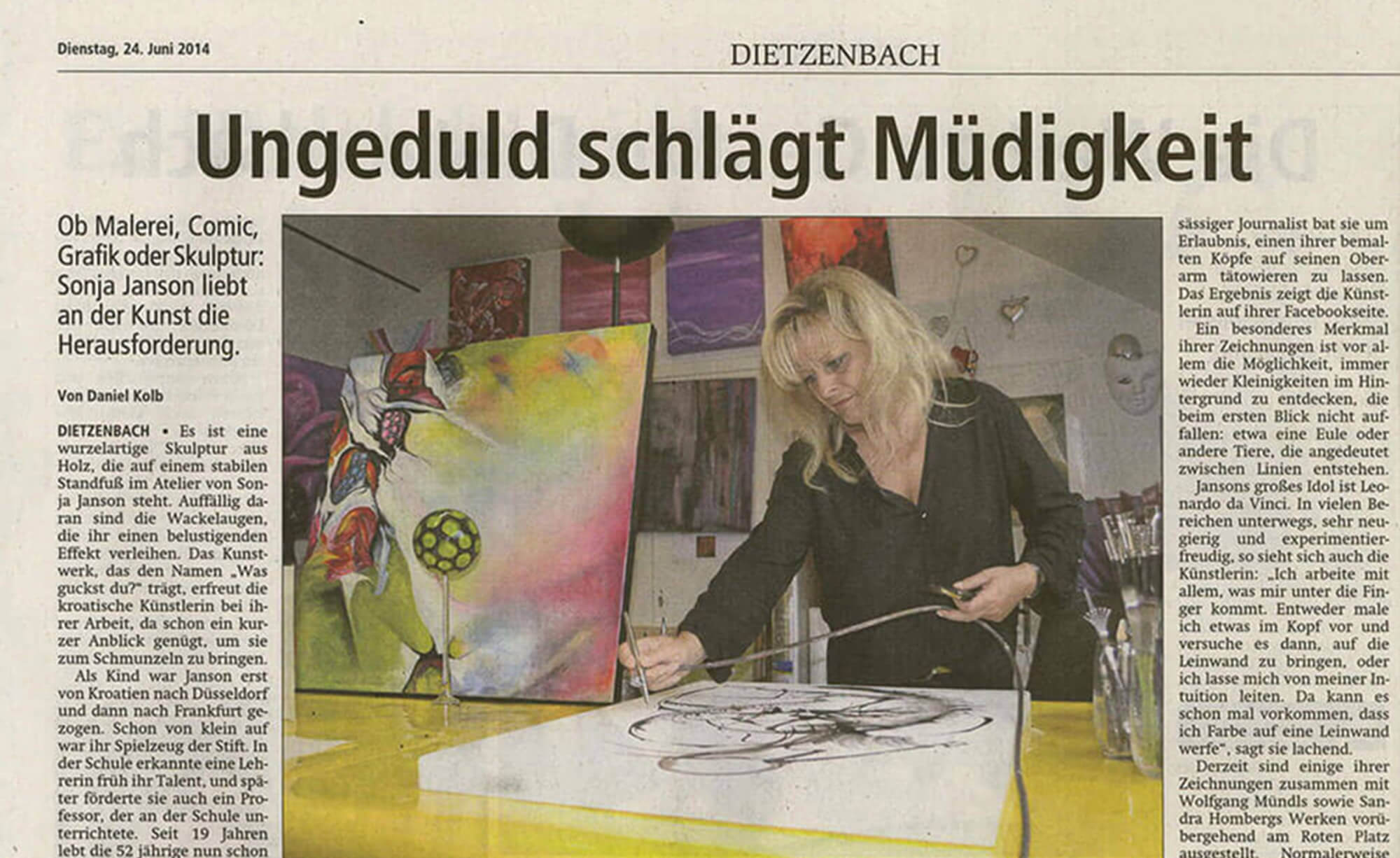 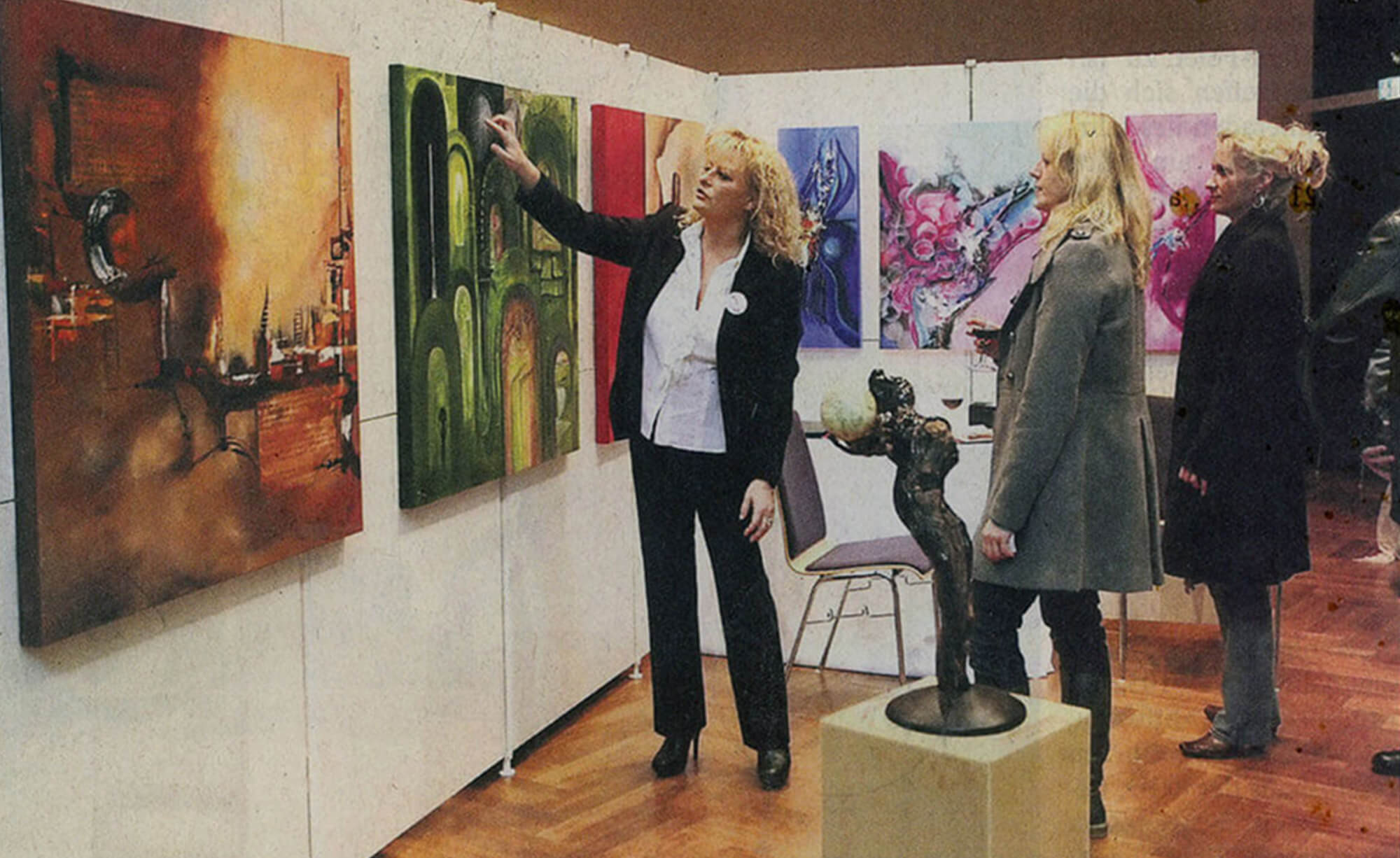 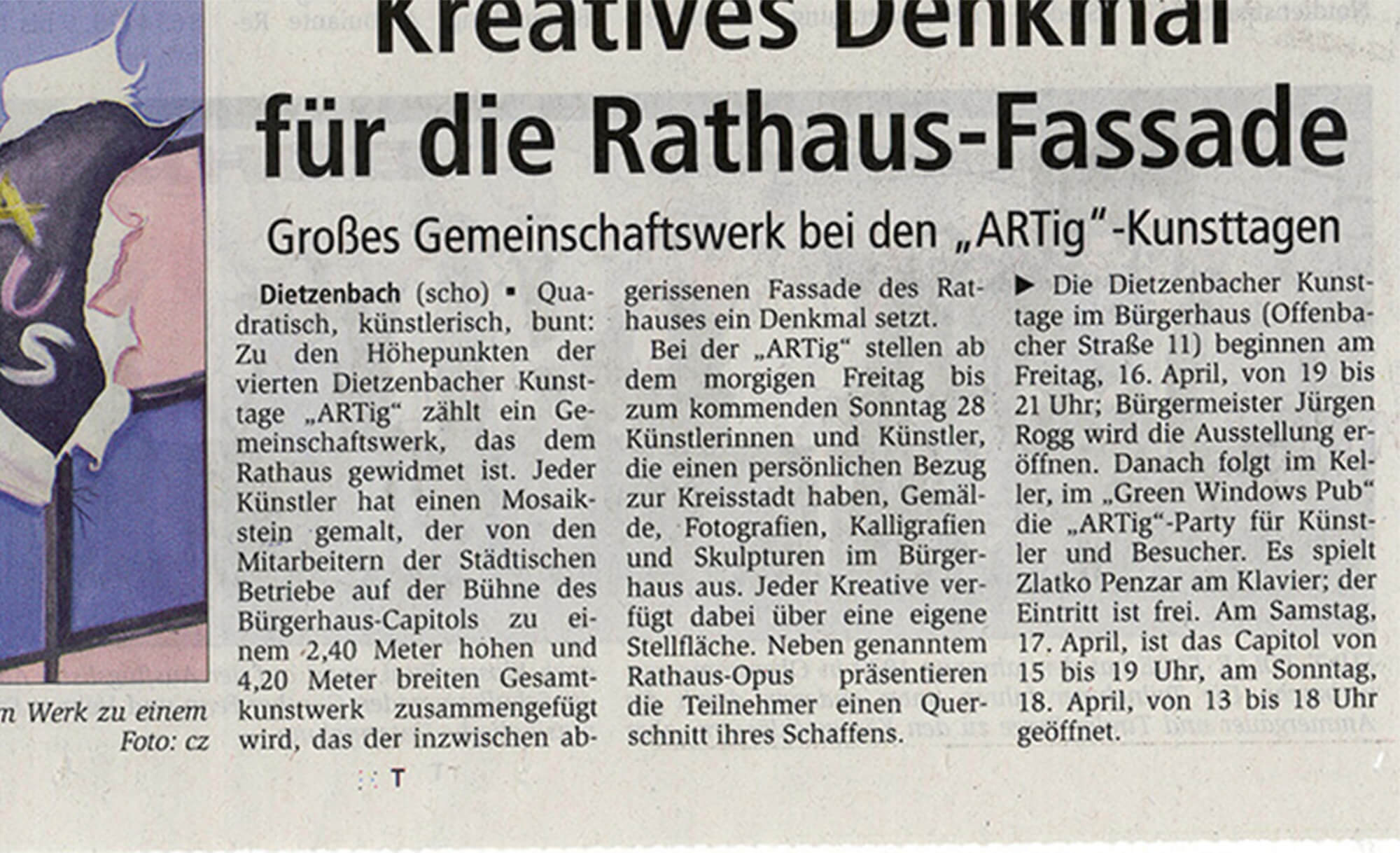